Bet you’re here to keep tabs on the Niles Coalition’s #SaveNilesLibrary campaign, and that’s SUPER awesome! Thanks for signing up! We formed as a group relatively recently to fight for a more inclusive community here in Niles, Illinois. But the catalyst happened when the Northwest Side Coalition Against Racism and Hate saw community concern after their Open Letter to Niles Police Department.

We’ve learned a LOT since then and are so excited to create a more inclusive community. There are a lot of wonderful efforts happening that are not always apparent. We hope to bring more awareness, celebrate, and double down on these things. The Niles-Maine District Library is definitely on this list.

Now the library is facing an existential crisis. But this is not an isolated incident by any means. The fight is happening in communities all around us as well. Together we will fight for our library and in solidarity we’ll fight for our neighbors’ as well! If you feel the same way and want to get involved in the work please let us know and/or share this message with folks in your network who are allied in the cause.

And now onto our most recent update! 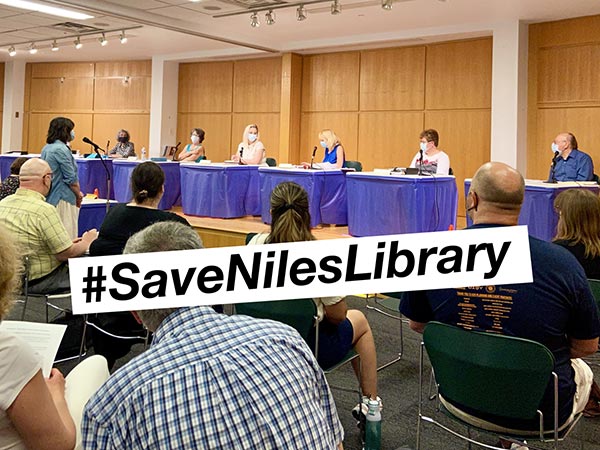 Thank you to all of the community members who came out to bear witness to and express their concerns at Monday’s extremely long Special Meeting of the Library Board of Trustees. A handful of the new trustees’ supporters came early to grab most of the spots for public comments, but our presence let the board know that their anti-library actions don’t represent the community and we will continue to hold them accountable. While we wait for the board’s official minutes to be written and approved, here is some of what we saw and heard: 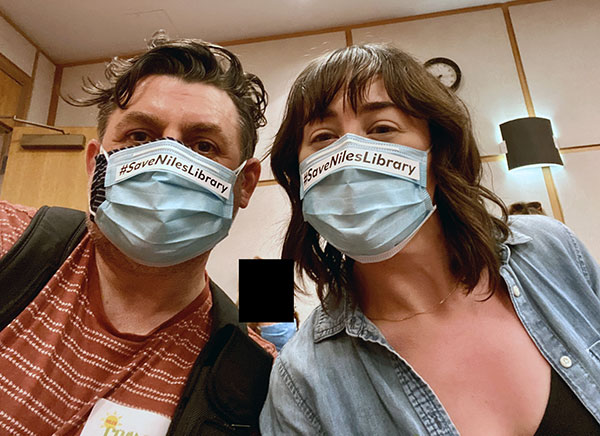 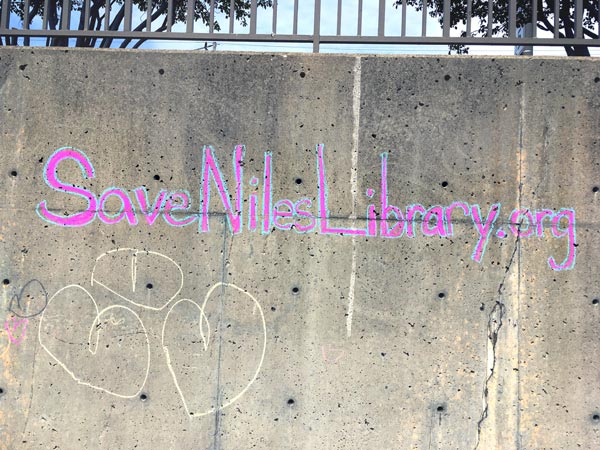 We’re taking a minute to breathe and then we’ll be sharing more about what you can do to #SaveNilesLibrary. In the meantime please help spread awareness and share this email with friends, family, and other supporters.